Ashley, a native East Texan, was born here in Tyler. She grew up in Jacksonville and is married to a fellow native East Texan, Kyle, who grew up in Tyler. Ashley is an animal lover and a dog mom to three. When she is not in the office, Ashley enjoys spending time at their family-owned business, Cherokee Trace Drive-Thru Safari in Jacksonville. She also enjoys cooking, traveling to new places, maintaining an active lifestyle, and spending time outdoors. 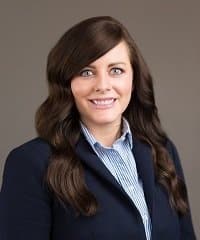