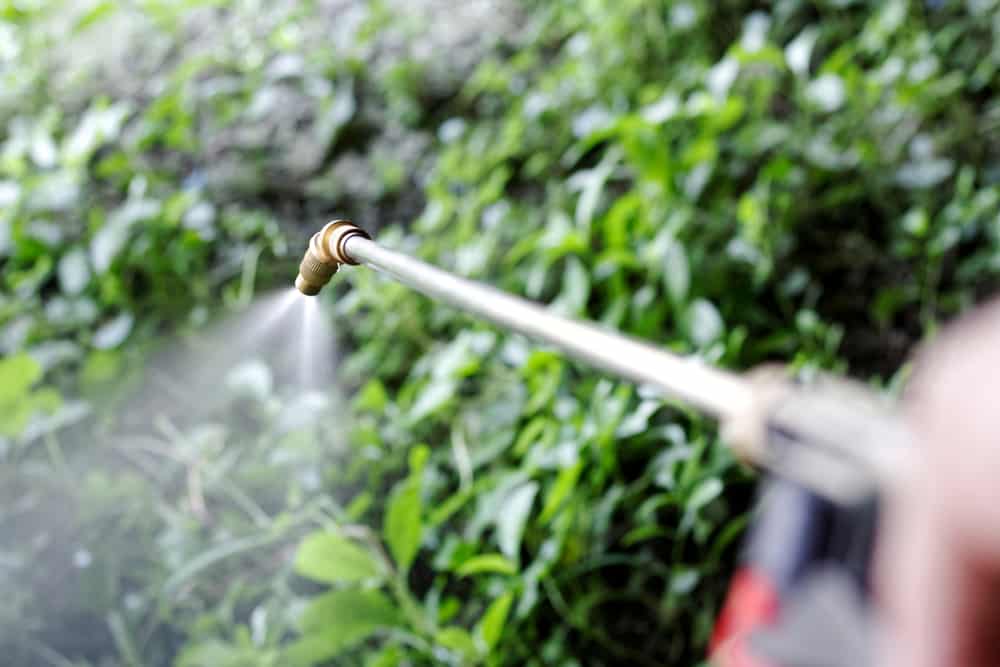 The American Parkinson’s Foundation estimates that nearly one million people in the United States are living with Parkinson’s disease. In a 2016 regulatory filing, the Environmental Protection Agency (EPA) provided critical evidence linking exposure to Paraquat dichloride to the development of Parkinson’s disease later in life.

Following these revelations, Paraquat was either banned or phased out in 32 countries worldwide, including China, the European Union, and Brazil. However, the herbicide still remains legal to use in the United States.

Surprisingly, a National Water-Quality Assessment (NAWQA) Project survey reveals the herbicide use in the United States has doubled despite its harmful effects. If you or a loved one is battling the symptoms of Parkinson’s disease due to paraquat exposure, the attorneys at Roberts & Roberts are committed to helping you recover compensation from the paraquat manufacturers who harmed you.

Our qualified legal team will take an aggressive approach to advocating for your rights and will pursue fight for compensation on your behalf. Contact us today for a confidential case review.

Paraquat, known by trademark names such as Gramoxone and others, is a popular industrial herbicide in the United States. The chemical was registered as a herbicide in the United States in 1964 and has since been used to control weed and grass growth at many agricultural sites as well as in other industrial applications, including the real estate industry.

Usually, Paraquat is applied on plants that have become resistant to Roundup and other standard weed killers. Farmers are using over 8 million pounds of Paraquat annually on crops like cotton, sweet potatoes, wheat, peanuts, citrus, soy, corn, almonds, and many more.

Who Is at Risk for Paraquat Exposure?

According to the EPA, the primary exposure to Paraquat occurs during the chemical’s preparation, application, and post-application. As such, those who are at a higher risk of exposure are the persons who apply, mix, or load the weed killers. Specifically, the most at risk to paraquat exposure include:

Additionally, although the chemical is not available for household use, studies reveal families and individuals who live near farms where Paraquat has been used might be exposed to its harmful effects. A study performed in 2009 and published in the American Journal of Epidemiology revealed people living within 500 meters of a site where Paraquat was applied had a 75 percent higher risk of developing Parkinson’s disease.

How Does Paraquat Exposure Occur?

Paraquat exposure can occur through ingestion, skin contact, or inhalation. Exposure to the herbicide can cause poisoning and trigger a host of other conditions, including Parkinson’s disease.

If you consume the herbicide, poisoning will definitely occur. The symptoms of paraquat poisoning are immediate and may include pain, swelling, vomiting, and immediate damage to your mouth, throat, and intestines. Once the chemical travels to other parts of your body, a toxic chemical reaction is triggered in your kidneys, liver, and lungs. The exposure will ultimately lead to lung scarring and heart, kidney, and/or liver failure. Those fortunate enough to survive paraquat poisoning will live with long-term effects, including permanent lung damage.

You can also get paraquat poisoning via skin exposure, which occurs if your skin was exposed for a long time to the concentrated version of Paraquat. You may also suffer poisoning if the chemical gets under your skin through a sore, cut, or severe rash.

Inhaling Paraquat causes lung damage. Even when immediate symptoms are not apparent, exposure by inhalation will likely provide a route of entry to the brain for the chemical. Studies published in the journal Toxicological Sciences reveals prolonged exposure to Paraquat caused mice to lose at least some of their sense of smell, an early sign of Parkinson’s disease.

What is Parkinson’s Disease?

Parkinson’s disease is a progressive neurological or movement disorder that affects the nervous system. Its symptoms manifest because of a loss of neurons that produce dopamine in your brain. Experts believe the condition develops, in part, due to environmental factors such as toxins.

The symptoms of Parkinson’s disease typically develop gradually. They may start with a slight tremor in one hand and a feeling of stiffness in the body. With time, other symptoms may begin to manifest, and some people may experience dementia.

Some early signs of Parkinson disease to watch out for include:

How Can I Minimize the Risk of Exposure to Paraquat?

If you use Paraquat regularly, you can reduce the risk of exposure by using chemical-resistant gloves made of butyl rubber, barrier laminate, neoprene rubber, nitrile rubber, natural rubber, polyvinyl chloride (PVC), polyethylene, or Viton. The EPA also recommends the following:

Which Brands is Paraquat Sold Under?

Currently, Paraquat is manufactured by different agrichemical companies under different brand names. One of the most prominent brands sold in the USA is the Gramoxone SL 2.0 Herbicide, manufactured by Swiss-based agrochemical multinational Syngenta.

Herbicides in the US that contain Paraquat include:

If you have been diagnosed with Parkinson’s and think you may have been exposed to Paraquat in the past, contact our highly experienced product defect attorneys at Roberts & Roberts. We have the expertise, tools, and resources to investigate and determine whether Paraquat played a role in your diagnosis. We also are committed to helping you take legal action to recover compensation for any damages you suffered, including past and future medical expenses, pain and suffering, loss of income, loss of quality of life, and more.

What Is the Process of Filing a Paraquat Claim?

The steps to filing a lawsuit to recover compensation for you include:

The first step to a successful lawsuit involves assessing your eligibility or that of your loved one. Ideally, persons who have Parkinson’s disease may have difficulty explaining their situation, and family involvement at this point is crucial. Our team of experts at Roberts & Roberts will seek to understand all aspects of your injury, including:

After gathering this information, our experts will conduct extensive research to determine your eligibility for filing a Paraquat injury claim. We will also research the companies that manufactured the Paraquat products you were exposed to and assess the level of compensation you should receive for your injuries.

Our legal team has specialized attorneys whose primary area of practice is personal injury law, with a specialty in product liability claims (such as Paraquat injury claims). Our attorneys and staff will guide you through the process of filing your Paraquat injury claim so that you recover the damages that you or your family deserve.

What Damages Can I Recover from a Paraquat Claim?

Money damages are typically awarded in civil court cases where someone suffers a loss due to another party’s negligence or unlawful conduct. In essence, you can get three types of different damages if your Paraquat lawsuit is successful. These include compensatory damages, general damages, and punitive damages.

The general and compensatory damages awarded to a plaintiff compensate you for medical expenses, loss of employment, pain, suffering, loss of consortium, mental anguish, or other losses.

Notably, the families of those who have died may be eligible to recover money for funeral expenses and the pain that comes with losing a loved one, among other damages.

How Does the Court Measure Compensatory Damages?

Failure to file your paraquat claim within this time frame results in ineligibility, which bars you from ever seeking any kind of compensation from the responsible manufacturers. Therefore, it is essential to contact a personal injury lawyer at Roberts & Roberts as soon as you or your family member learns you might have a case.

Our Attorneys Are Ready to Help

The makers of herbicides and other chemicals are duty-bound to sell products that are safe and free from defects. Should there be risks of harm associated with a specific product, the manufacturer must provide adequate warnings. Where the manufacturer fails to fulfill this duty, they could be legally responsible for any injuries and damages caused by the product. Anyone injured by paraquat herbicide may be legible to recover damages from medical expenses, lost wages, pain, and suffering, and more.

The process of evaluating eligibility and filing a paraquat claim tends to be complex, and working with an experienced attorney is always the best thing to do. If you or a loved one is considering a lawsuit following a Parkinson’s diagnosis related to Paraquat exposure, contact Roberts & Roberts today. Once you contact us, an attorney will follow up with you to get more information about your case. There is no cost or obligation to speak with us, and all of the information you provide is confidential.

Please note that the time you have to pursue your claim is limited. If you think you have a case, contact Roberts & Roberts immediately.