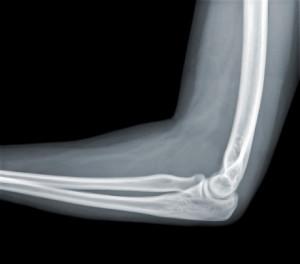 Fosamax is a medication within a group of drugs referred to as bisphosphonates. Beginning in the 1990s, Fosamax was widely prescribed to both women and men. Fosamax was promoted as a product intended to prevent osteoporosis in post-menopausal women and to reduce the risk that these women would suffer a fractured hip or broken spine. Fosamax also was prescribed as a means of increasing the bone mass of men suffering from osteoporosis, to treat men and women suffering from Paget’s disease and to work in conjunction with corticosteroid medications to treat osteoporosis.

Over time it became clear that long-term use of Fosamax presented serious complications for some patients. Some patients began to develop osteonecrosis of the jaw (ONJ), which is a form of bone death. Other patients suffered bone fractures, often in the thigh.These and other side effects led many patients to file lawsuits against Merck, the manufacturer of Fosamax.

If you or a loved one was prescribed Fosamax and experienced complications, you could be entitled to compensation. An experienced Fosamax attorney at Roberts & Roberts can help you to determine if you have a case and can assist you in pursuing a claim.

Fosamax is a prescription medication that comes in tablet form. The medication changes the bone formation cycle and breakdown process.The drug is supposed to increase bone mass and slow down the loss of bone, making bones stronger and preventing bone fractures. However, it sometimes has the opposite effect over the long run.

Approximately 20 percent of women aged 50 and older in the U.S. develop osteoporosis. Fosamax was widely prescribed after its approval in 1995. Generic versions of the drug, which is also known as alendronate sodium, were also prescribed, but the Merck-brand drug was the most popular.

An FDA review published in the New England Journal of Medicine found that 10.6 percent of Fosamax users developed a bone fracture within the first three years of taking the medication, as compared with 21 percent of patients in a placebo group. However, when women continued to take the drug for the next five to 10 years, there was no advantage, and Fosamax no longer seemed to reduce fractures.

Long-term use has been identified as a cause of some very serious and unexpected side effects. While the side effects can develop in any patient, those most at risk include patients who have been taking the medication for an extended period of time.

According to the FDA Medicine Guide, some of the potential side effects of Fosamax include:

Patients who experience these or other side effects may incur medical expenses and may be forced to take time off from work, losing wages. Patients may also experience pain and suffering, emotional distress and other damages.

When a drug manufacturer releases a product to the public, it is the burden of the manufacturer to make sure the drug is safe and to make sure patients are warned about any potential side effects or complications.

Drug manufacturers can be held strictly liable if it turns out they released a dangerous drug to the public. This means that plaintiffs in defective drug cases do not necessarily need to show that the manufacturer was negligent. Instead, it is enough to show that they used the drug as intended and they developed an unexpected or dangerous complication as a result.

More than 1,000 patients have already taken legal action against Merck because of Fosamax. Some plaintiffs attempted to form class actions, and a multi-district litigation was successfully formed with more than 900 cases pending. Merck, however, has continued to deny that there is a causal link between Fosamax and the injuries suffered by plaintiffs.

If you or a loved one has been harmed by Fosamax, it is important to understand your legal rights and to take action to obtain the compensation you deserve. An experienced Fosamax attorney at Roberts & Roberts can provide you with a free and confidential review of your case and advise you on how to proceed.